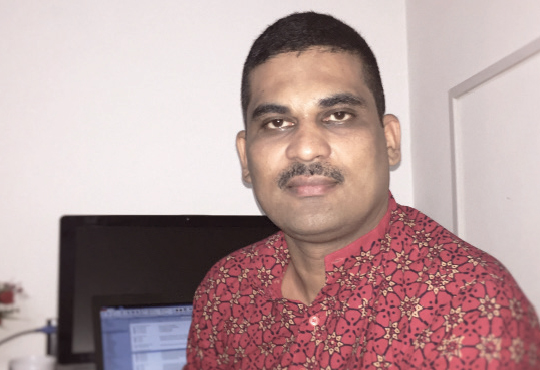 Every new technology introduced change the way we do our business. Augmented Reality is one of buzz which is there in market for some time now and mainly changing the way we do things. Augmented Reality is diverse from virtual reality in that it offers users graphical enhancements to their real, physical environment, rather than creating an entirely new environment. Experts predicts that Augmented Reality is going to be an explosion and soon there will not be any industry that who will be staying away from taking the advantage of AR. Some interesting case studies are there for the Engineering services, but soon or while we talk the AR is going to take on real estate, tourism, educational services and health and life sciences. While we talk about AR, it’s even taking over the way we do remote collaboration.  That means it is capable of changing the way we do remote meetings at our offices.

First let’s take a look at the history of AR. Its beginning can be traced all the way back to the 1950s and 1960s to Morton Heilig who is now referred to as the “father of virtual reality.” Morton was a philosopher, film maker and inventor who applied his cinematographer experience to design and then finally patented the Sensorama Stimulator in 1962. The Sensorama Stimulator used visual images, sounds, fans, scents and vibrations to give the user the sensation of riding a motorcycle down the streets of Brooklyn. Ivan Sutherland can be named as the next creator with starting the field that would eventually turn into both VR and AR. In 1968 Sutherland developed and head mounted a display system which used computer generated graphics to show user simple wireframe drawings. In 1974 the first a laboratory called “Videoplace” is built by Myron Krueger. This was a combination of projectors combined with video cameras emitted on a screen and this offered the users an interactive environment. In 1990 a researcher from Boeing “Tom Caudell” brought the term “Augmented Reality” in to table.  This was intended to assist workers in an airplane factory by displaying wire bundle assembly schematics.

One of the main advantages AR brings to the Engineering industry is the ability to show a design that exists solely inside of your computer’s design software, as it is to the real world. With the AR capabilities today someone in the assembly department using a tablet/ mobile phone can superimpose guided process instructions or a view of the final assembled product to follow during the assembly process. Advancements in technology have added an option for AR viewing above and beyond using a smartphone or tablet. Head-mounted displays (HMDs) can be modified to utilize see-through glasses or goggles that can project images over what you are looking at in real life. There are recent studies which proved that on a complex inspection job, a 90 percent reduction in cost and schedule was reported. The studies found that the inspection function lends itself extremely well to augmentation where the 3D engineering model is available. There are many CAD providers and others in the industry who is already taking the advantage of incorporating their products with AR.

Apart from the engineering industry the adoption of AR to other industries are not really going to wait during this era of digital disruption. The days are not away where a real estate firm is showcasing the properties in reality to a customer sitting miles and miles away. That day is not too far where the remote office collaborations rooms or going to be turned on as AR Rooms. The days are not away where the 3D glasses at a movie theatre entrances are getting replaced to HDM’s.

While we talk about the opportunities of AR to this world, the information community is going to feel the pressure of managing and dealing with the challenges of this adoption. There will be an ask for huge amount of computing power, i.e powerful displays, powerful batteries high power etc. in a small wearable device. The other challenge would be around the Low Latency Tracking. The ability to track in detail where, what you’re looking and how the body motions are and then determine where the virtual information to be displayed to the view of the actual environment—all in milliseconds. The other challenge would be of breaking the mere barrier of seamlessness between the physical and digital world and how to connect visualization between them. Nevertheless the information security community is the other group which has a challenge is bridging this technology to real life SECURELY.